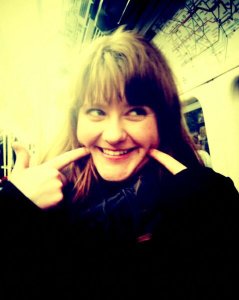 Flavia was, until recently, the in-house Producer and Head of Marketing at Theatre503. Her credits there include: The Girl in the Yellow Dress, The Swallowing Dark, Life for Beginners, Desolate Heaven and The Life of Stuff. She managed and trained the resident assistant producers hired under the “RAP” scheme, and obtained Arts Council funding for all in-house productions during her tenure and an ongoing period of organisational development.

Flavia produced and curated regular short plays event The Miniaturists 2006-2013 at Arcola Theatre, Southwark Playhouse, The Liverpool Everyman and Latitude festival. She was a member of the core team at Guerilla Science 2010 – 2013.

She was awarded a Society of London Theatre Stage One apprenticeship bursary in 2008 and worked for over a year for West-End producers ATG, Mark Goucher and Mark Rubinstein Ltd on shows such as Sunset Boulevard, West Side Story and La Clique.

She has appeared on panels for Ideas Tap, Artists Anonymous, Loose Muse and Agent160, has guest lectured at Queen Mary’s University and was an assessor for the Total Theatre Awards 2010. Flavia won “Best Creative” for her work as a producer, publicist and photographer on the 2012 Fringe Report Awards.

Flavia is a member of the Finger in the Pie board.

Add your email address to be notified whenever we post news updates.